Focus on the Faith: August

JULY was a month in which there were no Great Feasts and no special fasting periods. August is very different. The first two weeks are kept as a fast in preparation for the Dormition of the Mother of God. And there are five major feast days in the month, two of them ranked among the Twelve Great Feasts of the Church Year, and one of them itself specially kept as an extra fast day.

Three of the feasts are those of our Lord and, in the Russian practice, are popularly know as the First, Second and Third (feasts) of the Saviour. These are: The Procession of the Honourable Wood of the Cross (1st); the Great Feast of the Transfiguration (6th) and the Translation of the Holy Image of the Saviour made-without-hands (16th). The Dormition (Falling Asleep) of the Mother of God itself (15th) is kept as a Great Feast, and near the end of the month we have the Beheading of St John the Baptist (29th August), which is the feast also kept as a fast day, even though this year it falls on a Sunday.

The “First Saviour” is a feast that was inaugurated in Byzantine times, because in the heat of summer, the Imperial City was often plagued with diseases and epidemics. The portion of the Cross, kept in the Imperial Palace, was, during the first two weeks of August, solemnly taken around the City so that the people could resort to it in this time of particular trial. The feast reminds us of something that we so often forget: that in time of need we should turn to the Saviour and the power of His Cross for help, just as the Israelites of old turned to the up-raised brazen serpent in the wilderness for deliverance from the plague of snake-bites they were suffering (Numbers 21:4-9). The bringing out of the Cross in our churches on this day also strengthens us to keep the holy fast, as does the witness of the Maccabee Martyrs, who, even in the Old Testament dispensation, before Grace was poured out, preferred to die rather than break the fasting prescriptions which holy Tradition had given them.

The “Second Saviour” is the festival of the Lord’s Divine glory, when on Mount Tabor that glory was revealed to the Apostles Peter, James and John (Matthew 17:1-9, Luke 9:28-36). It is also a festival of the Holy Trinity. God the Son is seen in the person of Jesus Christ, the Father is heard to speak from Heaven, and the Holy Spirit is manifest in the dazzling light. We are also called to partake in the glory which is manifested in this festival. Christ had that glory naturally being God as well as being a man; we are called to share in that glory, not as possessing it naturally or as of right, but through His grace and mercy. We bless grapes and other fruit on this day (see separate article).

Next in the calendar comes the Great Feast of the Dormition, in which we see one of our kind, the Mother of God, entering into that same glory, and being clothed upon with it, so that in the psalmic prophecy concerning her, it says not only does she stand at the right hand of her Son as Queen, but that she is “arrayed in a vesture of inwoven gold, adorned in varied colours” (Ps. 44:8) Our calling to partake of the glory of the Divinity is not mission impossible, the All-holy Virgin, one of our kind, has already and is already achieving it.

The “Third Saviour” commemorates an event which took place in the year 944, when the Holy Mandilioni.e. the Holy Napkin, was received at the Imperial City of Constantinople. The history of this icon stretches back to the earthly life of our Saviour. At that time the prince of Edessa, Abgar, fell ill and petitioned the Saviour to visit him and cure him. Failing that, he asked that an artist might be permitted to paint the Saviour and take the portrait back to the prince, so that looking upon His likeness he might receive a blessing. Instead, the Lord pressed a cloth towel to His face and gave it to the artist, who found the Divine countenance imprinted upon the cloth miraculously. He took this icon, not made by hands, back to the prince who was thereby healed of his disease. Later the Apostle Thaddæus preached the Gospel in Edessa, and the prince, Abgar, and many of his people were converted to the True Faith. The prince had the wonder-working icon set in a niche above the city gates as a protection for their city. However, a couple of generations later, pagan rulers took over the city, and fearing that the icon might be desecrated, the Christians placed a burning oil lamp before it, and then sealed over the niche with a tile. Centuries later it was re-discovered, and it was found that two further miracles had happened. The oil lamp was still burning before the icon, and a copy of the icon had been imprinted on the tile which had sealed the niche. As those parts had been overrun by Moslems, the icon was taken to Constantinople in the tenth century for safe-keeping and as a protection for the Christian Empire. It is believed that the icon was stolen by the Crusaders after the sack of the City in A.D 1204, and that the ship which was carrying it away to Venice was wrecked in the sea of Marmara, and thus the icon was lost. Copies of the icon are, however, revered in nearly every Orthodox church throughout the world. The depiction shows only the face of the Lord, on the towel, surrounded by a halo, which in turn is divided by three arms of a cross in which we have the Greek letters, omicron, omega and nu, which signify He Who is, and so proclaim the Divinity of the Saviour.

The fifth important feast in the month is the Beheading of the Baptist, which is usually celebrated with a Vigil service. This festival celebrates the martyric death of St John the Forerunner, which is recorded in the Gospels (Matt. 14:1-13; Mark 6:14-30). The Baptist spent his whole life, from infancy, in the wilderness (Luke 1:80), and so lived a life of the severest asceticism, as our Saviour Himself testifies (Matt. 11:18), and so we honour him with prayer and fasting. Also Herod and those will him spent this day partying and so, as so often happens at such events, fell into sin, and our fasting is a statement of dissociation from his manner of life. Many Orthodox people have a custom of never eating anything round or red on this day in memory of the Baptist’s sacrifice.

From the Holy Fathers and Mothers

“As Moses lifted up the serpent in the wilderness, so must the Son of Man be lifted up” (John 3:14). And just exactly as all who were bitten by the serpents looked upon the bronze serpent which was suspended and were healed, thus also every Christian who believes in our Christ and has recourse to His life-bearing wounds… is cured of the bites of the spiritual serpent of sin and by this most holy nourishment is made to live unto the renewal of a new creation, that is, new life in harmony with His life-giving commandments. (Elder Ephraim of Arizona)

“Upon Mount Tabor, Jesus revealed to his disciples a heavenly mystery. While living among them he had spoken of the kingdom and of his second coming in glory, but to banish from their hearts any possible doubt concerning the kingdom, and to confirm their faith in what lay in the future by its prefiguration in the present, he gave them on Mount Tabor a wonderful vision of his glory, a foreshadowing of the kingdom of heaven.” (St. Anastasios of Sinai)

“I cannot describe to you how much our Panagia likes chastity and purity. Since she is the only pure Virgin, she wants and loves everyone to be like that. As soon as we cry out to her, she rushes to our help. You don’t even finish saying, ‘All-holy Theotokos, help me’ and at once, like lightning, she shines through the nous and fills the heart with illumination. She draws the nous to prayer and the heart to Love.” (Elder Joseph the Hesychast) 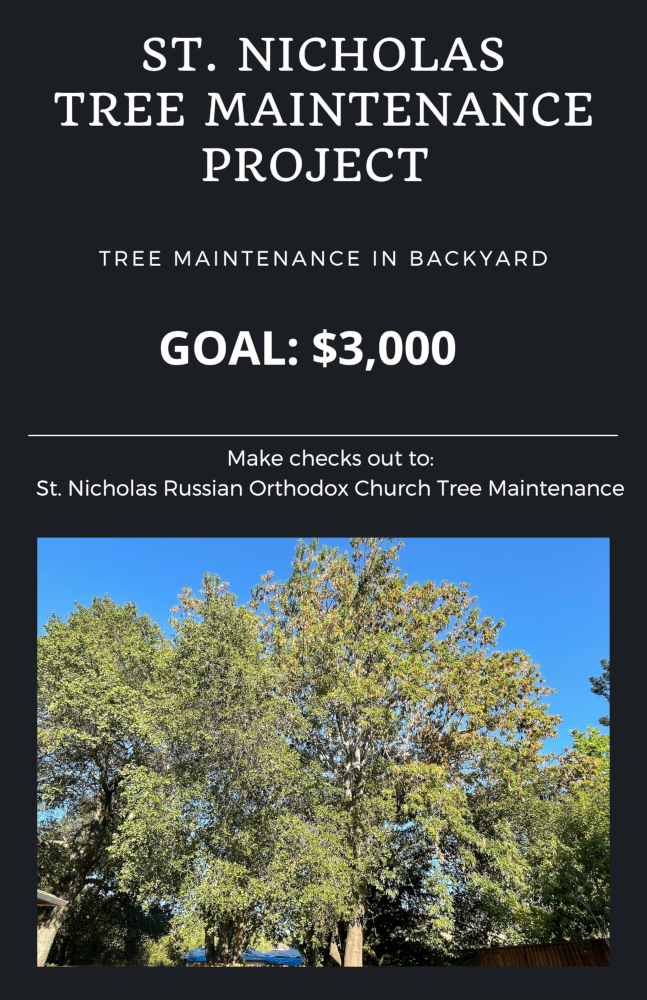 AUGUST 1, The Feast of the Procession of the Cross. Blessing of Water & Honey. Bring a Holy Water bottle or jar to fill, and new honey to be blessed after the Liturgy. Honey is blessed on this day because it is the season of gathering of new honey, reminding us of the sweetness of our Saviour (1st Feast of the Saviour). On this day we offer Christ sweetness, as opposed to those who offered Him vinegar and gall when He was suffering on the Cross.

AUGUST 6, Holy Transfiguration. Bring grapes and seasonal fruits to be blessed in church after the Liturgy. On the Holy Feast-Day of Transfiguration our tradition calls for Orthodox Christians to bring fruits (and even vegetables) to be blessed on this day. The most common fruit to be blessed are grapes, because of their association with the Eucharist. The blessing of fruits i.e., grapes, apples, etc., as well as vegetables on this day, signifies the final transfiguration of all things in Christ our Savior, the transfiguration of the whole world. It signifies the ultimate flowering and fruitfulness of all creation in the Paradise of God’s Kingdom of Life where all will be transformed by the Glory of the Lord.

This is an early Christian tradition. The first week of August, on the sixth of August, the farmers used to gather the first fruits of their summer harvest (grapes, figs, etc.) and to offer thanks to God bringing them to the Church to be blessed and then to give them to the faithful present at the Divine Liturgy as a blessing to them. These fruits are called the “firstfruits.” In a text from the 7th century (“The Laws of the Kingdom”) by Emperor Constantine “Porphyrogenitos” this tradition is described clearly: “The Emperor of Constantinople gathers the “firstfruits” in Chalcedon, where there are many vines, and then he waits for the Patriarch of Constantinople to come on the Holy Day of the Transfiguration of Christ, to bless the fruits and to personally hand out the grapes to the faithful.” This tradition of blessing and distributing grapes is adhered to in various parts of the world where they grow grapes. In other areas, such as Russia, apples or other seasonal fruits are used.

AUGUST 15, Feast of the Dormition (Falling Asleep) of the Most-Holy Virgin Mary. On this day we bring fragrant flowers and herbs to be blessed after the Divine Liturgy.

Holy Tradition tells us that all the Apostles, with the exception of St. Thomas, were transported mystically to Jerusalem in order to be with the Mother of God – the Theotokos – as she reposed, and to be present at her burial. When the Apostle Thomas arrived the next day, the Apostles opened the tomb so that he could kiss her farewell. As the tomb was opened, the body of the Most Pure Virgin was missing, and the cave was filled with flowers and the sweet fragrance of Paradise. This was a sure sign of her great purity and holiness to the faithful. Therefore as part of our celebration of Dormition we bless flowers and fragrant herbs – and the faithful traditionally keep them in their homes. The herbs, used as natural medicine, are blessed in commemoration of the numerous healings and the extraordinary grace bestowed on the pilgrims at the blessed tomb of the Mother of God. During times of family strife or illness, it is a pious custom to place the flower petals in the house censer, together with the incense, and cense the whole house with it.