Focus on the Faith: Some Thoughts About Christmas

The late and ever-memorable Mitred Archpriest George Benigsen, former Rector of our St Nicholas Church in Saratoga, once said in a Christmas sermon:

“When a child is born, people often say that he resembles his mother. Here, for the first and only time in history, one can say that the mother resembled the Child, in Whose image she was created.”

It only happened once in history, when there was no need to look up into the heavens to thank God for a newborn child. When THIS Child rested in her arms, the Virgin Mary gazed DOWN at heaven to give thanks. He was born next to fields where sheep were grazing. He was born in the filthiest place on earth, in a stable. Have you ever been in a stable? Have you ever mucked out a stall or visited a dairy farm? Flies, stench, filth. Present in the Bethlehem cave-stable were an ox, and a donkey, fulfilling the word of the Lord through the Prophet Isaiah “The ox knows his owner, and the donkey his master’s crib: but Israel does not know me, and these people have not regarded me.” That’s why we always see those animals in the icons of Christ’s Nativity. They’re cute, but they are still animals. They represent our fallen, animal-like nature which nature was brought about by sin. The ox represents brutishness, and the donkey stubbornness. Isn’t that us? Aren’t we slaves of our passions and lusts, guided by base instincts? And stubborn? Aren’t we stubborn? Christ was born there, in that place of animals, to show that He had come to save exactly us! He Who was perfect beauty, the One who will later be led like a sheep to the slaughter, was born among the sheep. The One who was, Himself, the Bread of Life came down from heaven to be born in a place where animals came to eat. St. John of Kronstadt asks:“Why, and for what reason, was there such humble self-abasement [shown] on the part of the Creator toward His transgressing creatures – toward humanity which, through an act of its own will had fallen away from God, its Creator? It was by reason of a supreme, inexpressible mercy toward His creation on the part of the Master, Who could not bear to see the entire race of mankind…enslaved by the devil and thus destined for eternal suffering and torment.”

Let’s look, for a moment, at this choice made by God for our salvation. The Gospel tells us that “there was no place at the inn.” But there was a place in the stable with the manger. The comfy “inn” represents a place where people of the world, people with money, congregate. It is a false home away from their true home. It is a place where secret sins abound. It represents the center of earthly moods, the meeting place for the popular ones, the achievers. The stable and the manger, in contrast, are the place for the despised, the rejected, the forgotten ones. If the world was truly expecting the Birth of Christ, it would have looked for Him at the Inn. The cave-stable and the manger would have been the last place they would look for Him. This is exactly why they don’t find Him. The Divine is always there, but only a few find Him.

The incarnate Son of God had to enter His own world not through the front entrance but from the back door, the servants’ door. He was born in a cave under the earth, and laid in a manger, that feeding trough for the animals. There, He shook the earth to its foundations. He was born in a cave; therefore, all who come to Him must stoop to enter in, thus signifying their own need to be humble. Have any of you been to Bethlehem? Have you been to the ancient Church of the Nativity? You still have to bow down, don’t you? Anyway, the proud ones would refuse to stoop down to enter the cave, and, therefore, they pass by and miss God. However, those who know how to humble their ego, DO stoop down and enter, and suddenly find themselves not in a cave but in a new world, where the Child-God sits in His mother’s lap and His frail Child’s fingers rule the universe.

And all of this, dear ones, He does for us. Perhaps St. Ambrose of Milan said it best:

“He was a baby, He was a child, so that you might grow into a mature, perfected human being; He was wrapped in swaddling clothes, That you might be loosed from the bonds of death; He was laid in a manger, so that you might stand before the altar; He came to dwell on earth, so that you might dwell in the stars. There was no place for Him in the inn, So that you might have many mansions in Heaven. He, being rich, became poor for your sakes, that through His poverty you might become rich. Therefore, His poverty is my inheritance, and the Lord’s weakness is my power. He chose to have nothing Himself, that He might give everything to all” (Saint Ambrose of Milan, 4th century).

Orthopraxis: Why Do We Decorate with “Holy and Ivy” for Christmas?

Many Western customs and traditions are easily adaptable and adoptable by Orthodox Christians in our celebration of the Nativity of Christ. Many of these customs long predate the schism between East & West, so let’s look at a couple of these.

Long before holly was hung in houses to accompany Christmas trees, it was considered to be a sacred plant by our pre-Christian ancestors. While other plants wilted and died in the harsh winter weather, holly remained green and strong, its berries a brightly colored red in the harshest of conditions. Some of them even regarded holly as a symbol of eternal life and would hang it in their homes to ward off evil. In Druid lore, cutting down a holly tree would bring about terrible misfortune. In contrast, hanging the plant in homes was believed to bring good luck and protection.

Early Christian calendars mark Christmas Eve as the time for “templa exornatur,” meaning “churches are decked,” so many Christians “converted” the pre-Christian symbolism of holly to reflect Christian beliefs. Today, Christians consider holly symbolic of Jesus Christ in two ways. The red berries represent the blood that Jesus shed on the cross on the day he was crucified. Legend states that holly berries were originally white, but that the blood Christ shed for the sins of humankind stained the berries forever red. A holly’s pointed leaves symbolize the crown of thorns placed on Jesus’ head before he died on the cross.

Ivy is another evergreen plant that can survive even in winter’s cold. Symbolically, ivy has to cling to something to support itself in order to grow upwards towards heaven. This reminds us that we, too, need to cling to God for our own spiritual growth and ascent.

“The Nativity of Christ.—He has come upon earth, He Who in the beginning created us from earth and breathed His Divine breath into us; He has come Who “giveth to all life, and breath, and all things” (Acts xvii. 25.); He has come, He Who by a single word called all things visible and invisible from non-existence into existence, Who by a word called into being birds, fishes, quadrupeds, insects, and all creatures, existing under His almighty providence and care; He has come, He Whom the innumerable hosts of Angels continually and joy. And in what humility has He come! He is born of a poor Virgin, in a cave, wrapped in poor swaddling clothes, and laid in a manger. Riches, honours, glory of this world! fall down, fall down in humility, tearful devotion, and deep gratitude before the Saviour of men, and share your riches with the poor and needy. Do not pride yourselves on your visionary, fleeting distinctions, for true distinction can only be found in virtue. Glory of this world! learn here, before the manger, your vanity. Thus, let us all humble ourselves; let us all fall down in the dust before the boundless humility and exhaustion of the Sovereign of all, of God, Who has come to heal our infirmities, to save us from pride, vanity, corruption, and every sinful impurity.”

“When God became known to us in the flesh, He neither received the passions of human nature, nor did the Virgin Mary suffer pain, nor was the Holy Spirit diminished in any way, nor was the power of the Most High set aside in any manner, and all this was because all was accomplished by the Holy Spirit. thus the power of the Most High was not abased, and the child was born with no damage whatsoever to the mother’s virginity.”

Today the Bountiful One impoverished Himself for our sake;
So, rich one, invite the poor to your table.

Today we receive a Gift for which we did not ask;
So let us give alms to those who implore and beg us.

This present Day cast open the heavenly doors to our prayers;
Let us open our door to those who ask our forgiveness.

Today the DIVINE “I AM” took upon Himself the seal of our humanity,
In order for humanity to be decorated by the Seal of DIVINITY. 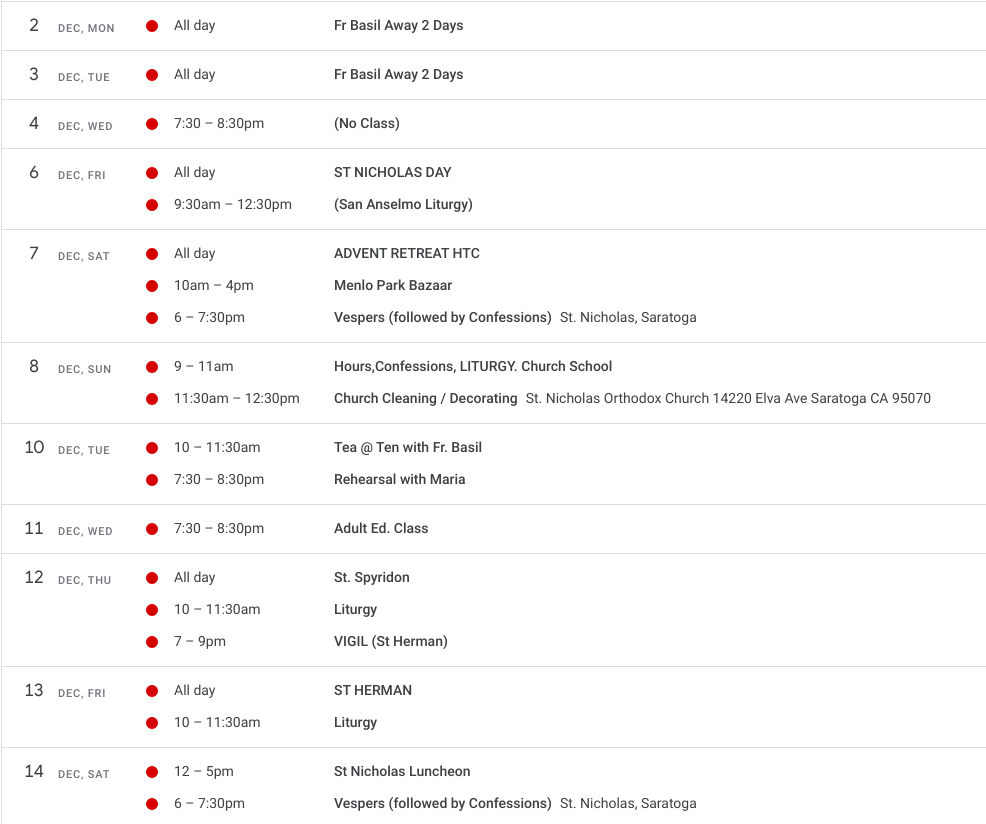